Investigating the role of environment, ploidal level, and symbiotic partner in the diversification of the Mimosoid clade (Leguminosae)

The mimosoid clade of family Leguminosae (formerly subfamily Mimosoideae) contains about 3300 species, pantropically distributed and found mainly in seasonally dry tropical forests, savannas and tropical rainforests. Plants in this clade are characterized by radially symmetrical flowers with valvate aestivation and a floral display often provided mostly by the stamens. Another character that sets apart the mimosoids from the remaining legumes is the frequent ability to form symbiotic relationships with β-rhizobia instead of the α-rhizobial bacteria more frequently found in the family. Although knowledge of the phylogenetic relationships among and within different clades of the legumes has increased in the last few years, very few studies have investigated diversification patterns in mimosoids and their relationships with habitat shifts and physiological traits. Recently, in an investigation of diversification across the nitrogen-fixing clade (orders Fabales, Fagales, Cucurbitales and Rosales), we verified that the mimosoid clade has some of the highest diversification rates found in this large group of plants. This can be partly attributed to the presence of three large, recently diverged lineages in this clade: the genera Acacia, Inga and Mimosa. Acacia as currently defined is mainly restricted to the dryer regions of Australia, while the bulk of Mimosa diversity is in the central Brazilian savannas, and Inga is an important component of the neotropical rainforest flora. Given stark habitat differences in these highly diverse lineages, we used a newly-assembled phylogeny of the mimosoid clade based on target capture data to: 1) test if environmental niche shifts are associated with diversification rate shifts; 2) test if changes in ploidy are associated with either environmental niche shifts or diversification rate shifts and 3) test if symbiotic associations with β-rhizobia are responsible for high diversification in the mimosoids. To achieve these goals, we used speciation rates calculated at the present (tip-rates), and environmental matrices based on geographical records. Ploidy was computationally estimated from sequence data based on the allelic frequency of SNPs in the data, and information on type of symbiont was gathered from the literature. The relationship between diversification, environmental factors and symbiont data was tested with multiple methods, including phylogenetic least squares and generalized linear models. We hypothesize that shifts to different environmental conditions during recent periods of intense climatic changes may have interacted with symbiotic associations and other traits to generate the extraordinary diversification of the mimosoids. 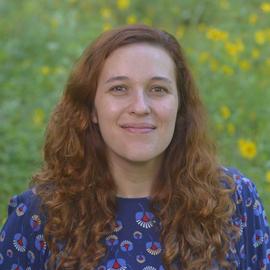